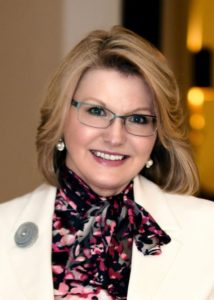 A former President and CEO of the Central Pennsylvania Gay and Lesbian Chamber of Commerce is the new executive director of the Beacon Clinic in Harrisburg.

Debra McClain has taken over as head of the free, faith-based Beacon Clinic, the organization said in a press release Sunday.

A Central Pennsylvania native and Harrisburg resident, McClain brings more than 30 years as a licensed insurance professional to her new role.

Along with having led the Central Pennsylvania Gay and Lesbian Chamber of Commerce, McClain also has experience in a number of volunteer leadership positions.

She is the director of the Hand Up Ministry, a group run through the Metropolitan Community Church of the Spirit in Harrisburg that serves people experiencing homelessness and others marginalized by low income. She also served on Gov. Tom Wolf’s advisory board on energy, business and economic development.

As the Beacon Clinic’s executive director, McClain will oversee administration, programs and strategic planning, as well as assist with fundraising, marketing and community outreach.

“I look forward to advancing the mission of the Beacon Clinic by inspiring hope, health and well-being in the greater Harrisburg area,” McClain said in the release.

The Beacon Clinic was founded in 2013 by Ruth Stoll to provide “culturally competent” primary health care to under-served and uninsured adults in the greater Harrisburg area, without regard to race, religious creed, nationality, gender, age, sexuality, education, disability, cultural background or immigrant status, according to the clinic’s website.

With 12 licensed clinical and medical professional support volunteers, and other volunteers to assist with operations, the clinic is open on Tuesdays and Thursdays. In 2017, it had over 800 patient visits and over 300 new patients.